I've been everything from coder to architect, manager to CTO, consulting and internally. I was there in Portland at the birth of XP and Agile thinking.
Now I want to code remotely, primarily back-end.

I've been a part of the python since it's earliest days.

Before that I was coding c++ and smalltalk. Self (instance-based oo in smalltalk) got me excited about NewtonScript (which led to Javascript). But python has been the home base from those early days.

Happy to have been part of creating the "kindle for comics" ecosystem in django at DarkHorse Comics (http://digital.darkhorse.com/) as well as taking a hand in the obj-c work on the iOS client.

Love *nix and open source and argued for it from the start. Now happy to play with docker and cloud architectures and all kinds of scripting. 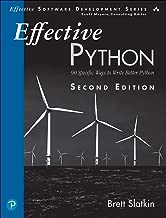