Seeking remote work in which Python is a big part.

Thank you for taking the time to read this far. I have been working in software engineering for over 30 years (18 years in software development, 12 years in software configuration management, and 4 years in IT application support/deployment), and feel fortunate to have chosen such a gratifying career. Scientific programming, visualization, simulation & test equipment, database manipulation & migration, have all been party of the development journey. Over 20 years ago I became fascinated with Perl, and over 5 years ago I became similarly delighted with Python. Now for personal reasons I am seeking remote employment, which is not possible with my current employer. Please kindly consider how my experience and skills could play a role in your organization. Thanks again for your time!

Performed software configuration manager duties using Synergy/Change and more recently Azure Dev Ops with Git. Wrote pre-build audit Perl scripts for Synergy/Change, and developed pre-build audit Python scripts for Azure Dev Ops with Git. Other Python projects included: a Tkinter GUI that provides a Change-like interface to Azure Dev Ops work items; conversions between Excel and CSV formats; a duel-threaded build script to perform Visual Studio builds and display build log file output as it is generated; a tool to generate media contents from Git. Other Perl projects included: a “validator” tool to analyze the contents of a media card, display summary information, and generate diagnostics helpful in correcting all identified issues; scripts to dump baselines from Synergy databases to flat file format suitable for import into Git; a tool to list all file extensions, files, and SHA1s for a directory hierarchy; a helper script to start and monitor PC backups; Synergy database backup scripts for servers on isolated LANs. C/C++ projects included binary-to-text and text-to-binary conversions used by some of the Perl and Python scripts. Promoted from Senior to Principal in 2021.

Supported software efforts for test equipment simulation software. Programmed in C/C++ to update software per requirements and scripted in Perl to distill data from other simulations. Also coded and scripted to support final qualification tests for the hardware and software in question.

Note: for 3 of the 5 years this was a full-time telecommuting effort with periodic trips to the job site. Led a small team of scientific programmers to develop and maintain software used in the analysis of helicopter control systems. Performed system administration tasks and provided user application support. Provided programming support for a pilot AI effort. Programming and scripting efforts were in FORTRAN, C/C++, and Perl.

Avocational activities over the years: 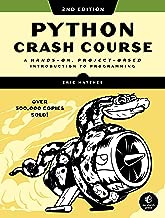